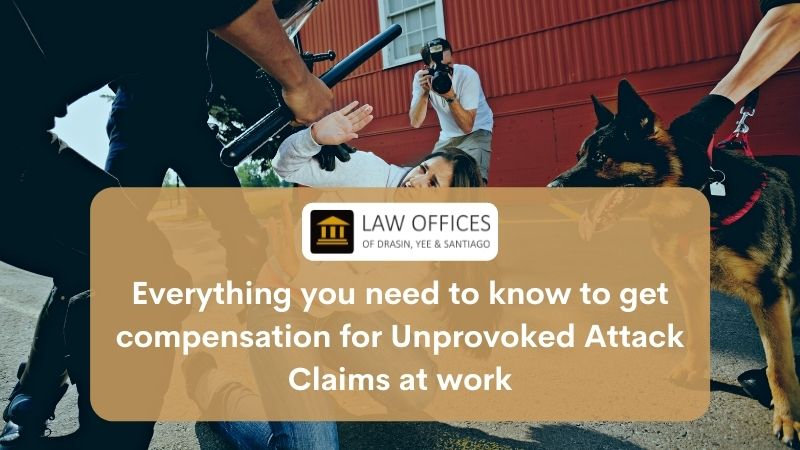 What is an Unprovoked Attack Claim?

Workplace violence has reached epidemic levels in the United States and is rapidly becoming a leading cause of workplace fatalities. According to the Bureau of Labor Statistics (BLS), over 1,100 American workers died from injuries suffered in attacks by coworkers and customers from 2003 to 2010.

The Occupational Safety and Health Administration (OSHA) define workplace violence as “any physical assault, threat, or menacing behavior that reasonably causes an employee to feel unsafe at work or distressed.” This definition includes verbal threats or insults; social media harassment; bullying; assaults with a weapon; and any attempted, threatened or actual physical violence

Unprovoked violence at work is a phenomenon that has increased by 50% in the last 5 years. It could be caused by :

This leads to an increase in aggressive behavior, which is difficult for management to deal with. It can disrupt work and reduce productivity.

People can become violent at work for many different reasons. Some of these reasons are valid, while others are not. One way to tell the difference between the two is to determine whether or not the issue is provoked.

What to do in case of an Unprovoked Attack at Work?

If you find yourself in a situation where you feel unsafe, there are ways to handle it without resorting to violence. Do not react immediately and try to respond with words instead of fists. If this does not work, leave the scene as calmly as possible and go somewhere safe where you can call for help. Talk about your options with a family member, coworker, union representative or even an attorney.

How would you react if you were to be attacked by a coworker? For many people, the answer is “I’d report it to my boss and carry on with my day”. However, it seems that those who do precisely that is most likely to be targeted. According to a recent survey, over 70% of employees have witnessed unprovoked verbal attacks on a colleague. A manager usually directs this at a subordinate or coworker.

The US Equal Employment Opportunity Commission (EEOC) has come out with a report stating that cases of sexual harassment in the workplace are on the rise. According to this latest report, sexual harassment claims have increased by 9% in 2015 alone.

With statistics like these, employers need to be aware of preventing and responding to sexual harassment claims in their offices. Creating an environment of zero tolerance for inappropriate behavior can do this and giving employees the resources they need to report such behavior safely.

How to file an Unprovoked Attack Claim?

In case of an Unprovoked Attack Claim, you can demand damages through Criminal Attack Claim, Personal Injury Claim, or Workers’ Compensation Claim if you have acquired the injury at the workplace. Steps you need to take after an assault:

The rise of unprovoked attack claims has caused significant problems for people who have been victims of a crime. Although there are ways to defend yourself and get your name cleared, reporting it right away is the best way to ensure that the police investigate the situation thoroughly. If you have any questions or concerns about an unprovoked attack claim, feel free to call us at (310) 473-2355.

Call DYS Law Offices today for a free legal consultation regarding your Unprovoked Attack Claim. Let us protect your rights.