Can I Work A Second Job While Receiving Workers’ Comp Benefits In California? 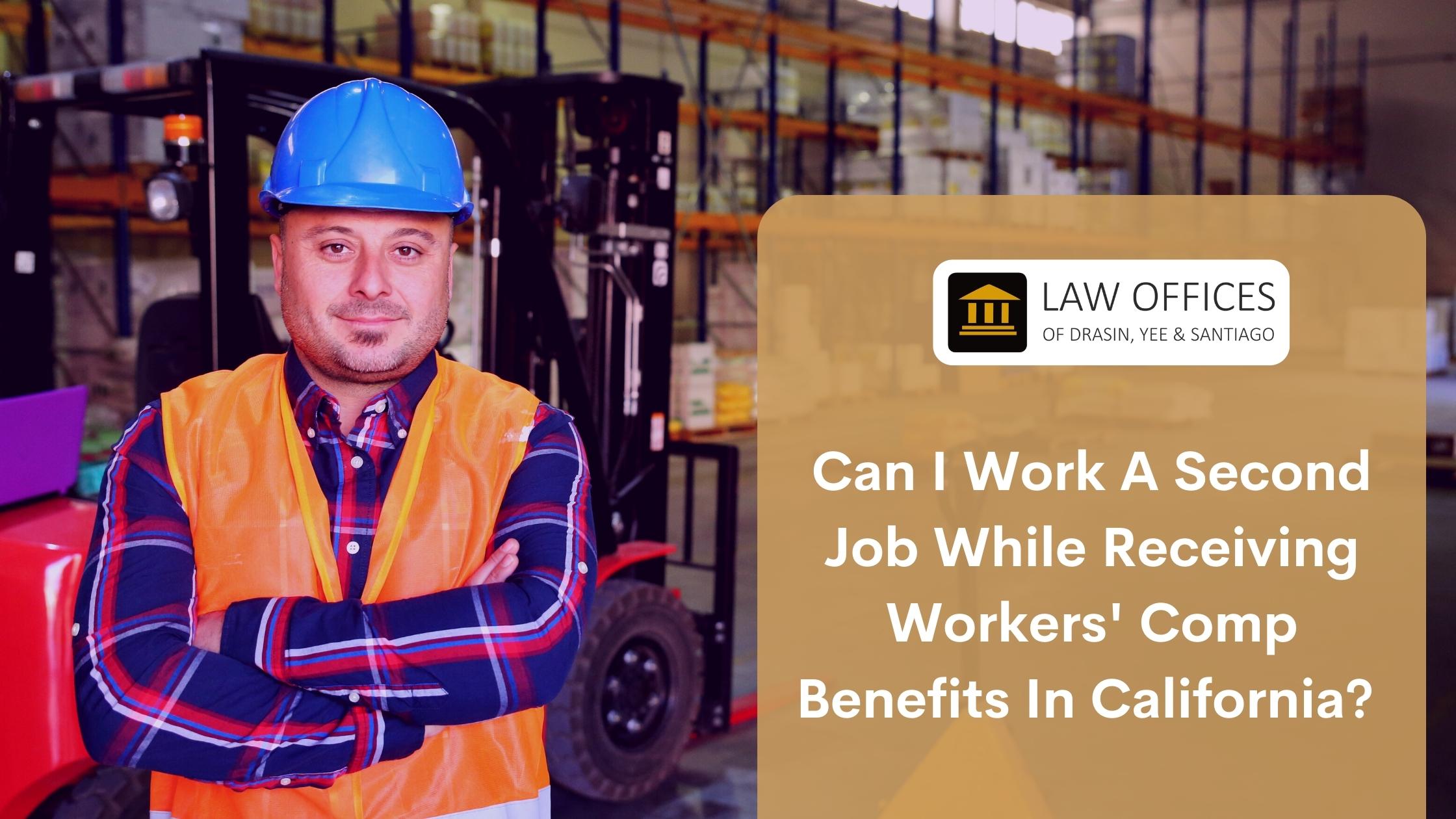 The workers’ compensation law in California is meant to help injured workers get money while they are getting better. This help can come in the form of temporary disability payments, help with medical bills, and help to find a new job. It is not common to work another job while getting Workers’ Comp, but it is possible. In this article, we’ll talk about some situations in which an injured worker might be able to work a second job while still getting workers’ comp benefits.

Workers’ compensation is a system in the US and many other countries that helps workers who get hurt on the job or get sick because of it. State governments run the program as part of their social welfare programs most of the time.

People Can Work While Getting Workers’ Comp Benefits.

A lot of people have the wrong ideas about workers’ compensation. Many people think that if they get hurt at work, they can sit back and collect their paychecks. It is not the case, though.

The money you get from workers’ comp can last for a long time. But there is no clear answer to “How long?” As the length of workers’ compensation payments depends on each case. In general, though, workers’ comp payments will keep coming until the worker can go back to work and the injury has healed if the injury is thought to be permanent. The worker may continue to get benefits for the rest of their life.

Given the unknown length of time, it would be counter-productive and harmful for the person who got hurt at work to be told not to work and lose their benefits.

You can still work a second job even if you get workers’ compensation. But there are a few things you should remember.

In California, if an injured worker wants to work a second job while getting workers’ compensation, they must meet the following conditions:

1. The injury must have happened while you were working, and it must keep you from being able to do your regular job.

2. You must also be able to show that you need a second job to take care of yourself and your family.

3. The second job you get can’t be in the same field as your primary job.

4. A note from your doctor saying that you are healthy and mentally fit to start a new job.

5. Next, get written permission from the insurance company for workers’ comp. The insurance company will only let the injured worker work if they can do it safely, and the work won’t get in the way of them getting better from their work-related injury.

6. If the injured worker can work a second job, they must tell the workers’ compensation insurance company how many hours they worked and how much money they made. The worker’s insurance company may ask for proof of employment, like pay stubs, from the person who got hurt.

If you get hurt on the job in California, you might be able to work a second job while getting workers’ compensation benefits. Why Does It Take So Long To Receive My Workers’ Compensation Settlement? What are Scheduled Loss Payments in Workers’ Compensation? Everything You Need to Know About Permanent Disability Benefits How Are Legal Fees for A Work-Related injury Claim Calculated? What are Fraudulent Workers’ Compensation Claims? Workers’ Compensation and Mental Health Benefits: Your Rights as An Employee! How to Get a Reasonable Settlement from Your Workers’ Compensation Claim? When And How A California Workers’ Comp Claim Be Filed?